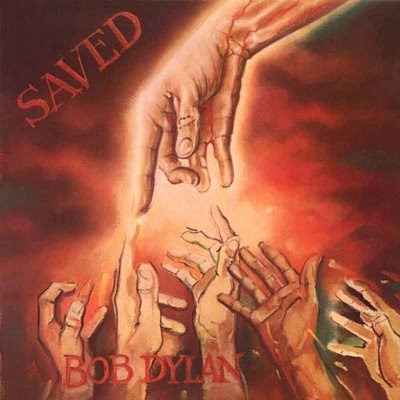 My impression so far is that it seems more rushed that Slow Train Coming. It has much the same production team – Jerry Wexler and Barry Beckett of Muscle Shoals – and Tim Drummond is retained on bass. The Dire Straits pair of Mark Knopfler and Pick Withers have been replaced by super-session drummer Jim Keltner and Fred Tackett, the Little Feat guitarist who wasn’t Lowell George. Spooner Oldham is added on piano. But, it lacks the ‘funk’ and groove’ of Slow Train Coming and the production isn’t nearly as slick. I’m not convinced they’ve done a great job on the mixing either. The bass seems too low in the mix, and the snare drum is annoyingly loud (something that bedevils many 80s productions).

The overall sound reminds me of a dirty version of Paul Simon’s “There Goes Rhyming Simon” gospel-tinged band. For a start, there are the ‘gospel’ female backing vocals on almost every track. But while Simon’s production was ‘perfectionist’, Dylan’s sounds quite “first take”. Though, that’s not necessarily a bad thing. The title track, Saved, certainly leaves one with the impression that Dylan made this album with a great urgency.

I think the problem, more generally, is that the style of music doesn’t suit Dylan’s voice.

Like Slow Train Coming, the album starts out with a song, Satisfied Mind, in which Dylan lays out his stall:

How many times have you heard someone say
If I had his money I’d do things my way
Hmm, but little they know
Hmm, it’s so hard to find
One rich man in ten with a satisfied mind.

Woody Allen once quipped that “money doesn’t buy you happiness, but it lets you look for it in comfort”. I suppose it’s a bit of a cliche that people may become successful, famous and rich, yet still be prone to the bleakness and misery that afflicts everyone else. Dylan thinks here he has found his answer to “a satisfied mind”. Actually, in 1980, he’s convinced.

I was blinded by the devil,
Born already ruined,
Stone-cold dead
As I stepped out of the womb.
By His grace I have been touched,
By His word I have been healed,
By His hand I’ve been delivered,
By His spirit I’ve been sealed.

I can’t help thinking Jesus sounds a bit like Eugene Landy or any of the therapists, gurus and quacks that inveigle their way into celebrity musician’s lives, provide them with quick answers and fast dependencies and end up with co-writing credits on their new album.

Obviously it’s hard to fault the writing. It is, after all, Bob Dylan. Even at his least inspired, he’s still a master-craftsman, so I suppose one might say that its a great script to a story that isn’t very compelling. The other problem is that Dylan was always better when he was cutting than when he was preachy. He’s always been better at telling a good story than at sermonising. The cautionary tales of Positively 4th Street or Joey (from ‘Desire’) don’t need the moral of the story spelt out.

In Joey, for example, he tells the story of an ageing mob boss from birth to death. The death scene goes:

One day they blew him down in a clam bar in New York
He could see it comin’ through the door as he lifted up his fork.
He pushed the table over to protect his family
Then he staggered out into the streets of Little Italy.

I feel that delivers a greater truth about humanity and salvation than the bit in What Can I Do For You where he whines to Jesus:

Saved isn’t a bad album. It’s just not a great album. None of the songs really leap out at you, though Solid Rock certainly, well, rocks. For me, it’s the high point. The first of Dylan’s ‘Holy Trinity’, Slow Train Coming – despite my discomfort at its subject matter – is a great Dylan album. But he has so many great albums, one hardly notices if one is left out. If you like Saved, you’ll probably like Street Legal more.

I started out saying that I got the impression that there was a great rush – and urgency – evident in the sound of this album. I suppose the closing verse of the final song, Are You Ready?, explains it:

Dylan simply had to get this album out before he was carried up in the Rapture. I suppose he may be as surprised as we are to find that 30 years later, he’s still here… and and still making records.

Tomorrow I’ll give Shot Of Love a listen.